If anyone had suggested to me back in the 1980s that I would eventually swap my career as a radio announcer/journalist for work in the funeral industry, I would probably have said “You must be joking”.

But after 31 years in both commercial and non-commercial radio that’s precisely what I did. Two years as Journalist-in-Charge at SBS Radio had left me feeling somewhat disenchanted and jaded with the broadcast medium and so on learning that Tobin Brothers Funerals was in the throes of hiring an in-house celebrant to promote a new type of funeral service, I applied.

At the time I joined the company in February 1997, I could have counted on one hand the number of funerals I had attended in my life and I had certainly played no part in their presentation. In many respects becoming a funeral celebrant was a giant leap into the unknown although being able to draw upon my broadcast experience as a writer, interviewer and public speaker certainly stood me in good stead.

The 24th February 2017 marked the end of my 20th year with Tobin Brothers and in recognition of that milestone I was honoured by being inducted into the company’s Twenty Year Club at the Eureka 89 Restaurant on the 2nd June. Also honoured that evening were my fellow inductees, Peter Hadaway; Fran Webber; Damian Radford and Frank Hynes. 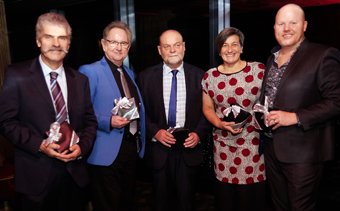 Established by the late Leo J Tobin, the criteria for club membership is simply that you need to have worked for Tobin Brothers Funerals and/or The Amalgamated Casket Company for a period of 20 years. When the club held the first of what are annual dinners, there were 14 founding members: Leo J Tobin; Alf Ellis; Brian Riley; Bruce Austin; Des Tobin; Eddie Reichelt; Frank Jackson; Geoff Tobin; Jim Ruth; Kevin Tobin; Michael Tobin; Norm MacLeod; and Phonse Tobin.

Today, the club membership stands at 91, some of whom sadly, are no longer with us. 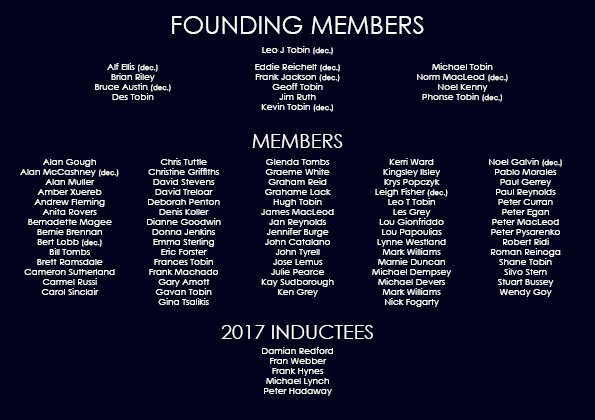